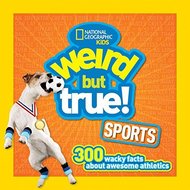 Everything has its weird side -- even sports! Add wacky stats, facts, and stories to your arsenal of spots trivia with this new slam-dunk addition to the very popular Weird but True series! With the Olympics on the way, discover tons more zany fun, focused totally on the subject of sports! 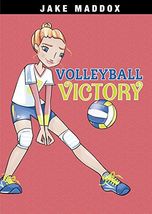 Andrea is excited for another winning volleyball season. But there is a problem with the new coach is bringing the team back to basics, and now Andrea is unhappy and feeling frustrated in her new position. Will the coach's strategy pay off, and will the Pumas ever be ready for competition? This fast-paced sports story is a winning read for any young athlete!

Settle the Score
[The Kicks #6]​
By: Alex Morgan

Devin is finally catching her stride with the winter soccer league, and as the championships approach, Devin and Jessi’s team has a real shot at coming out on top! Only, Zoe’s team does too, and suddenly things get awkward between the Kicks. Devin tries to keep her head, but she’s torn—she wants her friend to be happy, but she wants to win, too! And Zoe’s too busy strategizing with her new teammates to make time for the Kicks. As the finals get closer, tensions rise until even Frida and Emma don’t know who to root for. Maybe this time the Kicks can’t stand up under the weight of competition. 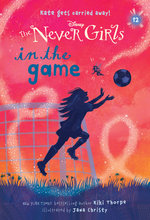 In the Game
[Disney Never Girls #12]
By: Kiki Thorpe
​
Kate loves flying in Never Land, and Kate loves playing soccer. But when she accidentally takes a flying leap during soccer practice, Kate realizes that there may be lots of fun ways to use fairy dust in the real world . . . and mischievous fast-flyer Vidia is just the fairy to help her. 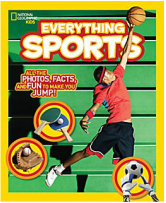 Become an expert on sports, just in time for the 2016 Olympics! From archery to zip lining this book covers EVERYTHING about the world's favorite team and individual sports. With stunning visuals and energetic, impactful design, readers won't stop until they've learned everything there is to know about the history, rules and regs, training, and practice of dozens of athletic pursuits. Includes popular sports such as baseball, basketball, football, soccer, tennis, and quirkier sports such as fencing, curling, and table tennis. 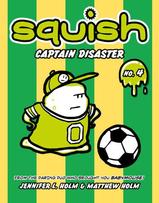 It's soccer season! But the Waterfleas (hey, it could be worse--Okay, maybe it couldn't) are getting pummelled game after game. Squish knows winning isn't everything , but it's something right? Can Squish turn the losing streak around when he becomes team captain? Will Pod figure out how to harness the power of lightning? And how can amoebas play soccer when they don't have any feet? 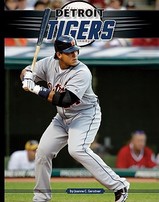 ​​Detroit Tigers is a beginner's history of the Tigers, covering the beginnings of the franchise, the greatest and lowest moments of the team, and the best players and managers. Fun facts, anecdotes, and sidebars round out the story of each club!J 796.357 GERSTNER 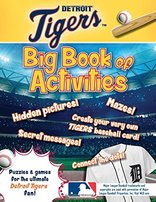 Batter up, Tigers fan! Grab your Tigers jersey, some crayons, and a pencil and step up to the plate! Draw the Tigers logo, create your very own Tigers baseball card, decode secret messages, connect the dots to find a Tigers hidden image, solve baseball-themed mazes, and much, much more!

The Satch & Me
By: Dan Gutman

When 13-year-old Joe Stosh's coach brings a radar gun to practice, it prompts a discussion of who was the fastest pitcher in baseball history. Able to use baseball cards to go back in time, Stosh clocks the fastball of famous Negro League pitcher Satchel Paige. Since no cards were produced for those teams, he substitutes a postcard found on eBay. His coach, Flip, accompanies him on the journey to the past and they arrive in Spartanburg, SC, in 1942, a few days before the Negro League World Series. They witness racial discrimination at a local diner, and, shortly thereafter, the duo hook up with Paige and join him on the road to the big game in Pittsburgh.

The Bailey School soccer team hasn't had a lot of success, but their new coach seems like the woman to help whip them into shape. Coach Graves is a little rough around the edges, but she's good at what she does. That is until a strange old lady turns up at one of their practices. After that, Coach Graves has a vacant look in her eyes, mumbles and groans in response to the kids, and moves like she's back from the dead. Can the kids break the spell and bring their coach back to normal in time for their big game?
Don't forget to check out these fantastic summer booklists too!
Powered by