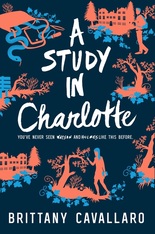 ​A Study in Charlotte
[Charlotte Holmes #1]
By: Brittany Cavallaro

From the moment Charlotte Holmes and Jamie Watson meet at Sherringford, a Connecticut prep school, there’s a tense energy between them, and they seem more destined to be rivals than anything else. But when a student dies under suspicious circumstances, ripped straight from the most terrifying of the Sherlock Holmes stories, Jamie can no longer afford to keep his distance. Jamie and Charlotte are being framed for murder, and only Charlotte can clear their names. But danger is mounting and nowhere is safe—and the only people they can trust are each other.

While the YA world is no stranger to re-imaginings of Sherlock Holmes, this one is definitely more akin to the Cumberbatch variety – except our Holmes is a girl and she has a slew of other problems that actually make her more relatable.  Additionally, this definitely has that classic Sir Arthur Conan Doyle mystery feel to it.  I mean there’s Murder!  Misunderstandings!  And a teen who is just too smart for her own good. 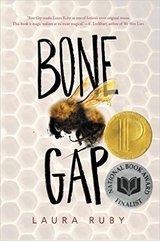 Everyone knows Bone Gap is full of gaps—gaps to trip you up, gaps to slide through so you can disappear forever. So when young, beautiful Roza went missing, the people of Bone Gap weren’t surprised.  Finn knows that Roza didn’t just leave, she was kidnapped.  Ripped from the cornfields by a dangerous man whose face he cannot remember. But the searches turned up nothing, and no one believes him anymore. Not even his brother Sean, who has more reason to find Roza than anyone, and every reason to blame Finn for letting her go.  Will Finn find Roza?  And who exactly is the man that took her?  More importantly, where did he come from?

Not gonna lie – this book is weird.  But it’s weird in the best possible ways!  Not only is the mystery of Roza’s disappearance ridiculously compelling but the town of Bone Gap also has its mysterious charm as well.  It also doesn’t hurt that this title is the 2015 Printz Award Winning book for excellence in YA literature AND a National Book Award finalist.  Definitely not kidding when I say this is one that’s worth checking out! 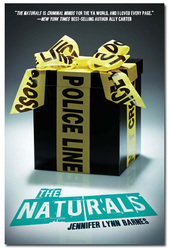 Seventeen-year-old Cassie is a natural at reading people. But it’s not a skill that she’s ever taken seriously. That is, until the FBI come knocking: they’ve begun a classified program that uses exceptional teenagers to crack infamous cold cases, and they need Cassie.  Soon, it becomes clear that no one in the Naturals program is what they seem. And when a new killer strikes, danger looms closer than Cassie could ever have imagined. Caught in a lethal game of cat and mouse with a killer, the Naturals are going to have to use all of their gifts just to survive.

Who says teenagers can’t be FBI agents?  This series opener is a fantastic choice for all the Criminal Minds / Law & Order / etc. fans out there.  It really gets down into the nitty gritty and while you may have to suspend some disbelief these are definitely classic thrillers with all the suspense you expect from your favorite crime dramas.
Don't miss out on the rest of the books in this thrilling series! 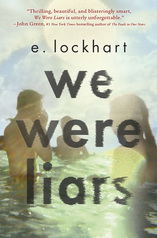 We Were Liars
By: E. Lockhart

A beautiful and distinguished family.
A private island.
A brilliant, damaged girl; a passionate, political boy.
A group of four friends—the Liars—whose friendship turns destructive.
A revolution. An accident. A secret.
Lies upon lies.
True love.
The truth.

Out of respect for readers, I can’t tell you anything about this book because – SPOILERS!  Instead, just read it and enjoy all the twists and turns that E. Lockhart takes you on! 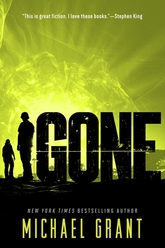 In the blink of an eye, everyone disappears. Gone. Except for the young.  There are teens, but not one single adult. Just as suddenly, there are no phones, no internet, no television. No way to get help. And no way to figure out what's happened.  Hunger threatens. Bullies rule. A sinister creature lurks. Animals are mutating. And the teens themselves are changing, developing new talents—unimaginable, dangerous, deadly powers—that grow stronger by the day. It's a terrifying new world. Sides are being chosen, a fight is shaping up. And time is running out: On your 15th birthday, you disappear just like everyone else...

Part mystery, part sci-fi - each book in the series finds our characters in a situation more dire than the next.  Not only is this a nail biter in terms of finding out the mystery behind the “FAYZ,” but also readers find themselves choosing sides, changing sides, and generally just immersing themselves in this new world that has no adults, too many young people, not enough supplies, and some very, very, VERY, strange happenings.
Also - Make sure to check out this super creepy book trailer!
Looking for more Gone series related book trailers?  Head on over to YouTube!
Make sure to check out these Mysterious YA Graphic Novels, Manga, & Non-Fiction Selections!
Investigate further with these booklists!
Powered by