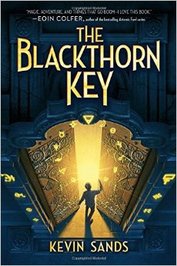 The Blackthorn Key
By: Kevin Sands

In this suspenseful novel, we meet young Christopher Rowe, who is an apprentice to Master Apothecary (the 1600’s version of a pharmacist, but way cooler, with magic and stuff!) Benedict Blackthorn.  Christopher’s whole life is his work with Master Blackthorn.  He has no other family. With Master Blackthorn he learns the tricks of the trade, including puzzles, and codes, and how to turn simple ingredients into powerful medicines, potions and even weapons! You can imagine that such knowledge might be something that the criminal element would want to get their hands on.  Christopher’s master suspects as much as the other Master Apothecaries around town are murdered!  He’s worried for himself and his own secrets and shares the clue to the most important one with Christopher. Christopher and his best friend Tom vow to discover the meaning to the cryptic message left by Master Blackthorn and encounter adventure, wrongdoing and science along the way!

I loved this book for several reasons, first and foremost – the content.  Any science lover out there will be fascinated by the subject of alchemy explored here.  It was the beginning of scientific exploration.  Second, I really enjoyed the writing!  Often in books with an historical setting, the writing is done in the voice of that time, which can be difficult to read and even a little stiff and boring. In this book Christopher and Tom have modern day voices, which are easy to understand and oftentimes funny!  Finally, this book isn’t just about science and murder and mayhem, it also is about relationships, and how even if your own family is lost to you, it is possible to choose your family from those around you. 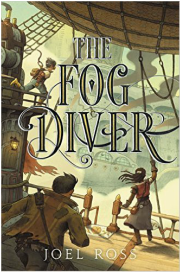 The Fog Diver
By: Joel Ross

​Mr. Ross is an author of novels for grownups.  I’m so glad he decided to try his hand at novels for kids!  In this unique-for-this-age-group story, Chess, Hazel, Bea, and Swedish said a rickety air raft over a deadly fog that has taken over the earth many decades ago.  All that remains now are the tops of the mountains, and those are populated by only the richest of families.  Chess and his like are relegated to floating platform slums and barely scrape buy.

Chess is special.  He is one of a few people remaining, who can enter the fog for short amounts of time without getting sick.  So he scavenges for things that he and his little gang of misfits can sell for food and shelter.  But their ship is getting ready to break, and their guardian Mrs. E is suffering from the fog sickness.  Her only hope for a cure lies across the sky in the miraculous city of Port Oro – a rebel colony.  Will the kids get there in time to save her?

I mentioned this is a unique-for-this-age group story.  That’s because it has great elements of steampunk literature in it which are always fun!  Technology inspired by Victorian era steam powered machines, which is a genius way to handle a future world where the deadly fog have overtaken the earth, wiping out the electricity we now so rely on.
And though the novel is, in a sense, dystopian, it’s really fun too!  There are lots of garbled references to modern day culture, like Skywalker Trek where the Klingons battle the Jedi!

All of this and more will keep kids reading until the last page . . . and eager for the sequel! 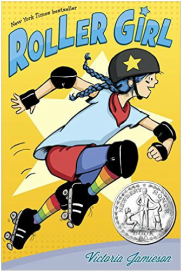 Twelve-year-old Astrid has always done everything with her best friend Nicole. So when Astrid signs up for roller derby camp, she assumes Nicole will too. Nicole doesn’t want to do roller derby though and signs up for dance camp instead and so begins the toughest summer of Astrid's life. There are bumps and bruises as Astrid learns who she is without Nicole...and what it takes to be a strong, tough roller girl.

This story follows a theme that we find all over middle grade fiction.  Rightfully so, because changing schools, meeting new people, growing away from friends, - it all happens right around middle school or junior high.  But this book is different.  First, it is told in the visual art of a graphic novel, which means it will reach a much wider audience than a classically told middle grade angst tale.  We can share this one with reluctant readers, fans of graphic novels, and kids who enjoy relationship stories.  It will appeal to all of them.  Second, the whole roller derby angle is an excellent way to show girl power!  You have to be tough to be a roller girl, and every tween girl needs to develop some thick skin at this particular age.  Astrid’s journey isn’t easy, and sometimes she wants to give up – which is realistic.   The important thing is, that even though Astrid realizes she’s not the best roller derby girl out there, she doesn’t quit.  She pursues the roller derby with a passion that will serve her well as an adult.  As a parent of teenage girls, I hope the message gets through that you don’t always have to be number one – but you do always have to do your best. 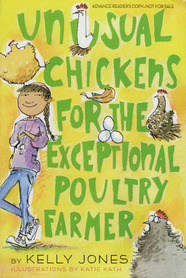 Unusual Chickens for the Exceptional Poultry Farmer
By: Kelly Jones

Twelve-year-old Sophie Brown feels like a fish out of water when she and her parents move from Los Angeles to the farm they’ve inherited from a great-uncle. There aren’t many people around and sometimes Sophie feels like she and her mother are the only people with brown skin. (Sophie’s mother is Latina.) Sophie’s a city girl and thinks life on the farm will be boring.  But farm life gets more interesting when a cranky chicken appears and Sophie discovers the hen can move objects with the power of her little chicken brain: jam jars, the latch to her henhouse, the entire henhouse....

And then more of her great-uncle’s unusual chickens come home to roost. Along with messages from a mysterious someone.  Determined and resourceful, Sophie learns to care for her flock of unusual chickens. But when a respected local farmer tries to steal them, Sophie learns she must find a way to keep them (and their superpowers) safe.

This sweet and funny novel is told in letters to Sophie’s deceased abuela, quizzes from a chicken-care correspondence course, to-do lists and more.  You might say it has an unusual format!  But the story is compelling, funny and holds your interest.  The illustrations are also part of the book’s charm.

This book reminded me of classics like Charlotte’s Web or Charlie and the Chocolate Factory.  With a modern day twist of course.  A classic in the making. 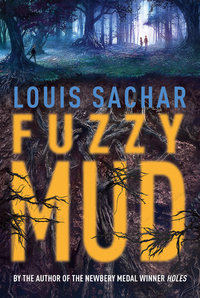 Louis Sachar’s latest book, Fuzzy Mud, reads like a middle school version of a Michael Crichton or Robin Cook novel―it’s a thriller that will have readers quickly turning its pages.

In this story, a mutant microbe of an amazing new biofuel has been discovered.  However, there is a downside. It has some . . . side effects, if touched. And  it’s unknowingly (to the school and community anyway) multiplying like crazy in the woods next to Woodbridge Academy. Three Woodbridge students end up in these woods one afternoon when seventh-grader Marshall Walsh takes a shortcut to avoid a fight with bully Chad Hilligas.  His friend Tamaya has followed as well; she always walks home with Marshall, he’s her neighbor.

She, nor her friends, have no idea that this strange mutation they happened upon threatens to become a world crisis, but Sachar inserts short portions of secret Senate hearings between chapters to enhance the big picture. Then Tamaya unknowingly dips her hand into the mutant microbe (which she calls Fuzzy Mud) and flings it at Chad’s face. Tamaya and Marshall run home, but the next day they’re dismayed to hear that Chad is missing. Meanwhile, Tamaya’s hand is covered with a bloody, blistering rash that is spreading like wildfire. Tamaya and Marshall face a moral crisis about whether to return to the woods to try to help their lost enemy. Their ensuing search is so dramatic that readers will genuinely fear that none of them will make it out alive.

This book handles issues such as environmental crises, greed, and changing friendships without ever being preachy.  I would argue it’s actually an important read for today middle grade students.  It is so easy to get wrapped up in the story – I couldn’t put the book down!  The format of the book speeds things along with the briefs from the Senate hearings helping to explain things and a clever “trick” is used on the edges of the pages.  What starts at the beginning of the book as an empty petri dish in the upper left hand corner, gradually fills and spill over onto the pages as we read along.  It’s totally creepy – but adds interest to the story!
Tina's Top Picks! 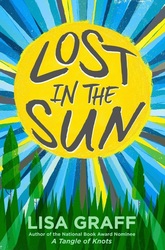 Lost in the Sun
By: Lisa Graff

Everyone says that middle school is awful, but Trent knows nothing could be worse than the year he had in fifth grade, when a freak accident on Cedar Lake left one kid dead, and Trent with a brain full of terrible thoughts he can't get rid of. Trent’s pretty positive the entire disaster was his fault, so for him middle school feels like a fresh start, a chance to prove to everyone that he's not the horrible screw-up they seem to think he is. If only Trent could make that fresh start happen. It isn’t until Trent gets caught up in the whirlwind that is Fallon Little—the girl with the mysterious scar across her face—that things begin to change. Because fresh starts aren’t always easy. Even in baseball, when a fly ball gets lost in the sun, you have to remember to shift your position to find it. 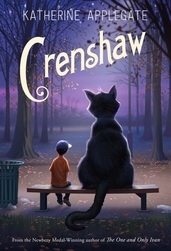 Jackson and his family have fallen on hard times. There's no more money for rent. And not much for food, either. His parents, his little sister, and their dog may have to live in their minivan. Again. Crenshaw is a cat. He's large, he's outspoken, and he's imaginary. He has come back into Jackson's life to help him. But is an imaginary friend enough to save this family from losing everything?