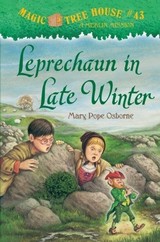 Jack and Annie are at it again! This time, they meet an Irish girl and go on a magical adventure that changes the girl’s life—she grows up to be Lady Gregory, who helped bring back the Irish legends, started a theater, and helped the Irish people regain both their heritage and their pride. 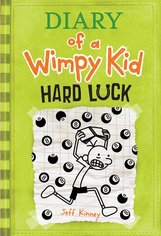 Hard Luck
[Diary of a Wimpy Kid #8]
By: Jeff Kinney
​
Greg Heffley's on a losing streak. His best friend, Rowley Jefferson, has ditched him, and finding new friends in middle school is proving to be a tough task. To change his fortunes, Greg decides to take a leap of faith and turn his decisions over to chance. Will a roll of the dice turn things around, or is Greg's life destined to be just another hard-luck story? 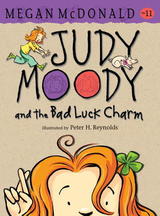 The lucky penny in Judy Moody’s pocket sure does seem to be working. She can’t stop winning — at bowling, spelling, the unbeatable Prize Claw, everything! For sure and absolute positive, she’ll ride that wave of good fortune all the way to Washington, D.C. Watch out, District of Cool, here comes Judy Moody, the luckiest kid ever, until . . . oh, no! Her lucky penny just did a belly flop into a porcelain bowl of yucky, blucky UNluck. Has the coin’s magic gone kerflooey?Are some people, like Jessica Finch or Stink, destined to have all the luck, while she, Judy Moody, gets stuck with a yard full of three-not-four leaf clovers, a squealing potbellied pig in an elevator, and a squashed penny with cooties? 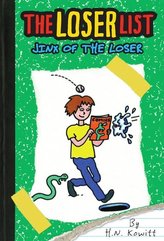 Jinx of the Loser
[The Loser List #3]
By: Holly Kowitt

When Danny catches a foul ball while playing in an important school baseball game, and later finds himself on a Ferris wheel that breaks down, he decides not only is he a geek, but maybe a jinx as well. 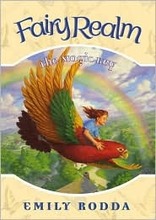 On her fifth journey to the magical Fairy Realm, Jessie, this time on her birthday, travels all the way to the end of the rainbow and tries to help her new friends, the rainbow fairies.
Make sure to check out these lucky reading lists!
Powered by