Think spring with these Spring Break stories and spring like book covers for teens! 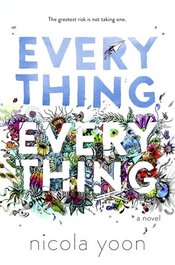 Everything, Everything
By: Nicola Yoon
​
My disease is as rare as it is famous. Basically, I’m allergic to the world. I don’t leave my house, have not left my house in seventeen years. The only people I ever see are my mom and my nurse, Carla.  But then one day, a moving truck arrives next door. I look out my window, and I see him. He’s tall, lean and wearing all black—black T-shirt, black jeans, black sneakers, and a black knit cap that covers his hair completely. He catches me looking and stares at me. I stare right back. His name is Olly.  Maybe we can’t predict the future, but we can predict some things. For example, I am certainly going to fall in love with Olly. It’s almost certainly going to be a disaster (From goodreads.com)

Even if you aren’t going anywhere tropical for spring break, this sweet & unique love story will surely warm your heart!
You can also look forward to the movie adaptation hitting theaters May 17, 2017! 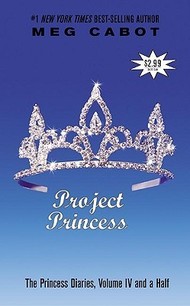 What on earth is that princess up to now?

Most princesses would prefer to spend their spring breaks in Gstaad, or some other equally unpronounceable European hot spot.  Not this one, though. Hammer in hand, Princess Mia embarks on an epic adventure for one so admittedly unhandy: along with her cohorts from school, she's off to build houses for the less fortunate. It doesn't take Mia long to realize that helping others—while an unimpeachably noble pastime—is very hard work. Will her giving spirit prevail? Will the house collapse due to royally clumsy construction? And most importantly, will Michael stop working long enough to kiss her? (From goodreads.com)

Another fun and sweet adventure with our favorite Genovian Princess! 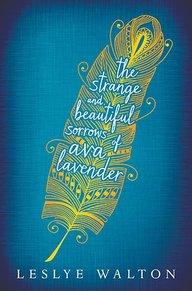 The Strange and Beautiful Sorrows of Ava Lavender
By: Leslye Walton

Foolish love appears to be the Roux family birthright, an ominous forecast for its most recent progeny, Ava Lavender. Ava—in all other ways a normal girl—is born with the wings of a bird.  In a quest to understand her peculiar disposition and a growing desire to fit in with her peers, sixteen-year old Ava ventures into the wider world, ill-prepared for what she might discover and naïve to the twisted motives of others. Others like the pious Nathaniel Sorrows, who mistakes Ava for an angel and whose obsession with her grows until the night of the Summer Solstice celebration.  That night, the skies open up, rain and feathers fill the air, and Ava’s quest and her family’s saga build to a devastating crescendo.

First-time author Leslye Walton has constructed a layered and unforgettable mythology of what it means to be born with hearts that are tragically, exquisitely human. (From goodreads.com) 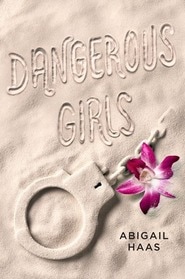 It's Spring Break of senior year. Anna, her boyfriend Tate, her best friend Elise, and a few other close friends are off on a trip to Aruba that promises to be the time of their lives. But when Elise is found brutally murdered, Anna finds herself trapped in a country not her own, fighting against vile and contemptuous accusations.  As Anna sets out to find her friend's killer, she discovers hard truths about her friendships, the slippery nature of truth, and the ache of young love.  As she awaits the judge's decree, it becomes clear that everyone around her thinks she is not just guilty, but dangerous. When the truth comes out, it is more shocking than one could ever imagine... (From goodreads.com)

This taut thriller will have you on the edge of your seat!  A story that reads just like it was ripped from the headlines it will not only keep you guessing until the very end but also make you think twice about your spring break plans! 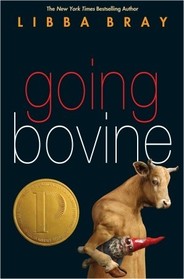 All 16-year-old Cameron wants is to get through high school—and life in general—with a minimum of effort. It’s not a lot to ask. But that’s before he’s given some bad news: he’s sick and he’s going to die. Which totally sucks. Hope arrives in the winged form of Dulcie, a loopy punk angel/possible hallucination with a bad sugar habit. She tells Cam there is a cure—if he’s willing to go in search of it. With the help of a death-obsessed, video-gaming dwarf and a yard gnome, Cam sets off on the mother of all road trips through a twisted America into the heart of what matters most. (From goodreads.com)

Equal parts quirky, funny, and thoughtful, author Libba Bray not only creates a madcap road trip story but one that will make you re-think what it means to really live and that the things we didn’t know we were looking for, have the tendency to find us first.
Get the story behind the story directly from the author! 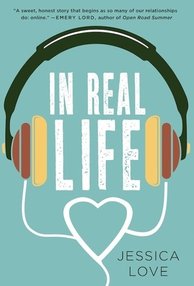 In Real Life
By: Jessica Love

Hannah Cho and Nick Cooper have been best friends since 8th grade. They talk for hours on the phone, regularly shower each other with presents, and know everything there is to know about one another.

Hannah has spent her entire life doing what she's supposed to, but when her senior year spring break plans get ruined by a rule-breaker, she decides to break a rule or two herself. She impulsively decides to road trip to Las Vegas, her older sister and BFF in tow, to surprise Nick and finally declare her more-than-friend feelings for him.  Hannah's surprise romantic gesture backfires when she gets to Vegas and finds out that Nick has been keeping some major secrets. Hannah knows the real Nick can't be that different from the online Nick she knows and loves, but now she only has night in Sin City to figure out what her feelings for Nick really are, all while discovering how life can change when you break the rules every now and then (From goodreads.com) 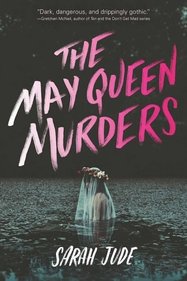 ​The May Queen Murders
By: Sarah Jude

Stay on the roads. Don’t enter the woods. Never go out at night.

Those are the rules in Rowan’s Glen, a remote farming community in the Missouri Ozarks where Ivy Templeton’s family has lived for centuries. It’s an old-fashioned way of life, full of superstition and traditions, and sixteen-year-old Ivy loves it. The other kids at school may think the Glen kids are weird, but Ivy doesn’t care—she has her cousin Heather as her best friend. The two girls share everything with each other—or so Ivy thinks. When Heather goes missing after a May Day celebration, Ivy discovers that both her best friend and her beloved hometown are as full of secrets as the woods that surround them (From goodreads.com).
Make sure to check out these Manga, Graphic Novel & Non-Fiction titles too!
Jump into Spring with these great booklists!
Powered by