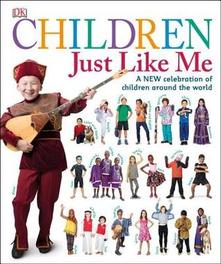 Highlighting 36 different countries, Children Just Like Me profiles 44 children and their daily lives. From rural farms to busy cities to riverboats, this celebration of children around the world shows the many ways children are different and the many ways they are the same, no matter where they live.
​
Meet Bolat, an eight-year-old from Kazakhstan who likes to cycle, play with his pet dogs, and play the dromba; Joaquin from New Jersey who enjoys reading and spending time with his family, and whose favorite food is bacon; or Yaroslav from Moscow who likes to make robots. Daily routines, stories of friends and family, and dreams for the future are spoken directly from the children themselves, making the content appropriate and interesting to draw in young readers. 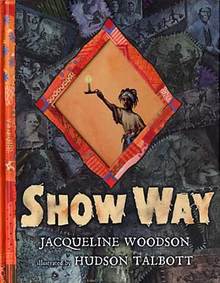 Soonie's great-grandma was just seven years old when she was sold to a big plantation without her ma and pa, and with only some fabric and needles to call her own. She pieced together bright patches with names like North Star and Crossroads, patches with secret meanings made into quilts called Show Ways -- maps for slaves to follow to freedom. When she grew up and had a little girl, she passed on this knowledge. And generations later, Soonie -- who was born free -- taught her own daughter how to sew beautiful quilts to be sold at market and how to read. 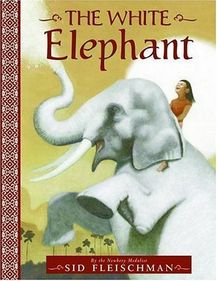 ​How can a beautiful white elephant be a terrible curse?
Run-Run, a young elephant trainer, discovers the answer when he incurs the fury of the prince. The boy's punishment? The gift of an elephant, white as a cloud. From that moment forward, the curse reveals itself. According to tradition, so rare an elephant cannot be allowed to work for its keep. It is poor Run-Run who must feed the beast the hundreds of pounds of food it eats each day, and scrub it clean, and brush its pom-pom of a tail, and wash behind its ears, and, above all, keep it from doing any work.
Oh, if only Run-Run could make the magnificent white elephant disappear! Clever as a magician, he does—but the curse has tricks of its own for Run-Run.
Make sure to check out these reading lists!
Powered by