Explore the world of fantasy with these exciting books for third through fifth graders!
Meet brave & magical creatures, adorable robots, & catch up with your favorite characters.
All of these titles are available at the library,
but you better act fast because they're sure to fly off the shelves! 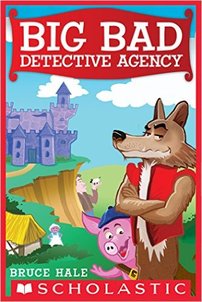 Big Bad Detective Agency
By: Bruce Hale
​
The houses of all Three (not-so-) Little Pigs were broken into and ransacked, and the Pigs are squealing for justice. So Prince Tyrone, ruler of Fairylandia, drags in the obvious suspect: Wolfgang.

The lone wolf has big teeth, sharp claws, no alibi -- and a single day to find the real culprit and clear his big bad name. When Wolf (reluctantly) teams up with the fourth Little Pig to crack the case, the Big Bad Detective Agency -- and an adventure way funnier than your average fairy tale -- is off to a howling start!
We don’t know for sure – but we think this might be the first in a series!  We’ll be keeping an eye out!  If you like this one, you keep an eye out too! 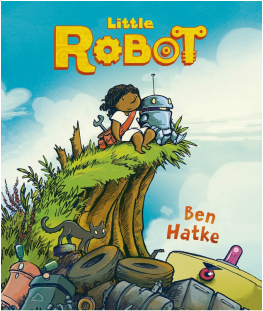 When a little girl finds an adorable robot in the woods, she presses a button and accidentally activates him for the first time. While the two of them become friends, an evil plot to steal the robot is created by a group of “big, bad robots”!  Armed only with a wrench and her loyalty to her new robot friend, it’s up to her to save the day!
Written in graphic novel format, this story is a great choice for kids at least in second grade who already enjoy this format or are new to it. Larger font and spacious frames on each page make the story easier for kids to read, as well. This story is a cute one that both boys and girls will be sure to love! 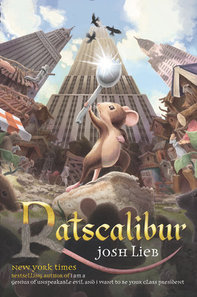 When Joey is bitten by an elderly rat, he goes from aspiring seventh-grader to three-inch tall rodent. At first, Joey is amazed by his new rat self. Smells that would have repelled him before are suddenly        tantalizing. And wow, the freedom! But when a bout of hunger leads Joey to pull the spork from the scone, he finds himself at the center of a longtime rat prophecy. Joey has unwittingly unlocked the sword Ratscalibur; and now, it is up to him to protect his new rat friends from the evil crows who seek to destroy their peaceful kingdom. ​
Continue to fall into fantasy with these booklists!
Powered by