Who would have thought that dragons could be fun AND funny?!
All of these wonderful dragon books are currently available at the library.
Rather than being frightened by the antics of scary dragons,
​children ages 2-4 will be sure to laugh right along side them!
What a great start for your youngest fantasy readers! 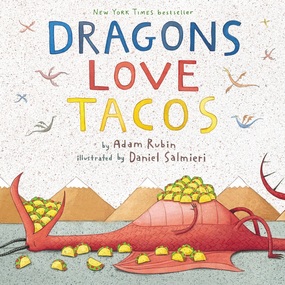 Dragons love tacos. They love chicken tacos, beef tacos, great big tacos, and teeny tiny tacos. So if you want to lure a bunch of dragons to your party, you should definitely serve tacos. Buckets and buckets of tacos. Unfortunately, where there are tacos, there is also salsa. And if a dragon accidentally eats spicy salsa . . . oh, boy. You're in red-hot trouble. 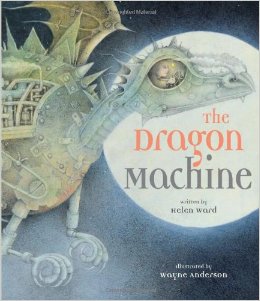 The Dragon Machine
By: Helen Ward
Illustrated By: Wayne Anderson

This is the story of George, who attracted lots of dragons.  Mostly George felt like no one noticed him, not even his parents, so when dragons began following him he was excited.  However, taking care of dragons soon became too much for George and he knows he must find and lead them to a safe place.  Enter the steampunk element – George builds a dragon machine to lead his dragons to the safe place.  Read on to find out what happens.  Hint – George isn’t as invisible as he thinks he is.  A nice bedtime story.
Click below to read along with this fantastic video! 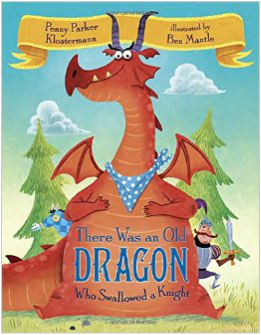 There Was an Old Dragon Who Swallowed a Knight
By: Penny Parker Kolsterman
Illustrated By: Ben Mantle

This is a new spin on the old “There Was an Old Lady Who Swallowed a Fly” story!  This one involves all your typical fantasy elements including a dragon, a knight, a squire, a castle, a moat and more!  You could call it an introduction to the fantasy genre for the smallest of readers!   Seriously though, this one will appeal to the littlest people because of the repetition, and will still appeal to the preschool set because the illustrations are bright, bold and quite funny!  Plus, the dragon burps at the end, which never gets old, right? 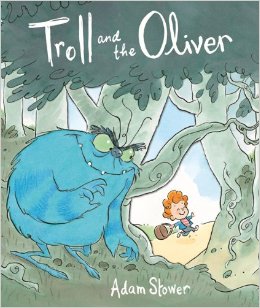 The Troll and the Oliver
By: Adam Stower

Every day when Oliver goes out, Troll tries to eat him. But catching Oliver is very tricky—he’s fast, sneaky, and just too clever! It is only when it looks like Troll has given up and Oliver celebrates victory that—CHOMP!—he gets eaten, and it turns out that Olivers don’t taste very nice after all. But fortunately the two discover that Trolls and Olivers both love cake!
Continue to fall into fantasy with these booklists!
Powered by