The Bitter Side of Sweet
By: Tara Sullivan

Fifteen-year-old Amadou counts the things that matter. For two years what has mattered are the number of cacao pods he and his younger brother, Seydou, can chop down in a day. This number is very important. The higher the number the safer they are because the bosses won’t beat them. The higher the number the closer they are to paying off their debt and returning home to Moke and Auntie. Maybe. The problem is Amadou doesn’t know how much he and Seydou owe, and the bosses won’t tell him. The boys only wanted to make some money during the dry season to help their impoverished family. Instead they were tricked into forced labor on a plantation in the Ivory Coast; they spend day after day living on little food and harvesting beans in the hot sun—dangerous, backbreaking work. With no hope of escape, all they can do is try their best to stay alive—until Khadija comes into their lives.  She’s the first girl who’s ever come to camp, and she’s a wild thing. She fights bravely every day, attempting escape again and again, reminding Amadou what it means to be free. But finally, the bosses break her, and what happens next to the brother he has always tried to protect almost breaks Amadou. The old impulse to run is suddenly awakened. The three band together as family and try just once more to escape. 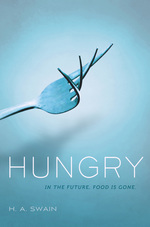 In Thalia’s world, there is no need for food—everyone takes medication (or “inocs”) to ward off hunger. It should mean there is no more famine, no more obesity, no more food-related illnesses, and no more war. At least that's what her parents, who work for the company that developed the inocs, say. But when Thalia meets a boy who is part of an underground movement to bring food back, she realizes that most people live a life much different from hers. Worse, Thalia is starting to feel hunger, and so is he—the inocs aren’t working. Together they set out to find the only thing that will quell their hunger: real food. 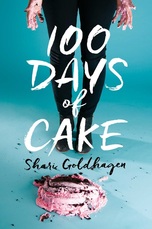 100 Days of Cake
By: Shari Goldhagen

Every other senior at Cove High School might be mapping out every facet of their future, but Molly Bryne just wants to spend the rest of the summer (maybe the rest of her life) watching Golden Girls reruns and hanging out with her cute coworker at FishTopia. Some days, they are the only things that get her out of bed. You see, for the past year, Molly’s been struggling with depression, above and beyond industry-standard teen angst. Crushing on her therapist isn’t helping, and neither is her mom, who is convinced that baking the perfect cake will cure her—as if icing alone can magically make her rejoin the swim team or care about the SATs.

Ummm, no, not going to happen.

But when Molly finds out FishTopia is turning into a lame country diner, her already crummy life starts to fall even more out of her control, and soon she has to figure out what— if anything—is worth fighting for. 100 Days of Cake is a quirky and poignant story of a girl, her depression, an aggressive amount of baked goods, and the struggle to simply stay afloat in an unpredictable, bittersweet world.
Check out this book trailer from Macmillan Children's! 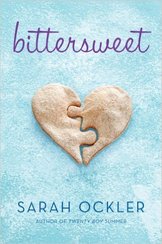 Once upon a time, Hudson knew exactly what her future looked like. Then a betrayal changed her life, and knocked her dreams to the ground. Now she’s a girl who doesn’t believe in second chances... a girl who stays under the radar by baking cupcakes at her mom’s diner and obsessing over what might have been.

So when things start looking up and she has another shot at her dreams, Hudson is equal parts hopeful and terrified. Of course, this is also the moment a cute, sweet guy walks into her life... and starts serving up some seriously mixed signals. She’s got a lot on her plate, and for a girl who’s been burned before, risking it all is easier said than done.

It’s time for Hudson to ask herself what she really wants, and how much she’s willing to sacrifice to get it. Because in a place where opportunities are fleeting, she knows this chance may very well be her last... 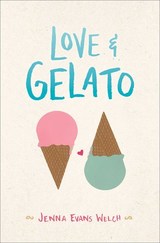 Lina is spending the summer in Tuscany, but she isn’t in the mood for Italy’s famous sunshine and fairy-tale landscape. She’s only there because it was her mother’s dying wish that she get to know her father. But what kind of father isn’t around for sixteen years? All Lina wants to do is get back home.  But then she is given a journal that her mom had kept when she lived in Italy. Suddenly Lina’s uncovering a magical world of secret romances, art, and hidden bakeries. A world that inspires Lina, along with the ever-so-charming Ren, to follow in her mother’s footsteps and unearth a secret that has been kept for far too long. It’s a secret that will change everything she knew about her mother, her father—and even herself. People come to Italy for love and gelato, someone tells her, but sometimes they discover much more.
Make sure to check out these YA Non-Fiction, Manga, & Graphic Novel Selections!
Find more delicious surprises with these booklists!
Powered by