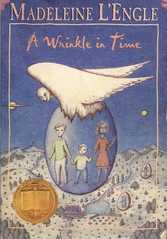 A Wrinkle In Time
[Time Quintet #1]
By: Madeleine L'Engle

​Meg's father had been experimenting with this fifth dimension of time travel when he mysteriously disappeared. Now the time has come for Meg, her friend Calvin, and Charles Wallace to rescue him. But can they outwit the forces of evil they will encounter on their heart-stopping journey through space?
Read the rest of the books in Madeleine L'Engle's iconic Time Quintet! 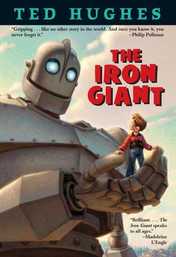 The Iron Giant
By: Ted Hughes
​
A mysterious creature stalks the land, eating barbed wire and devouring tractors and plows. The farmers are mystified—and terrified. And then they glimpse him in the night: the Iron Giant, taller than a house, with glowing headlight eyes and an insatiable taste for metal. The hungry giant must be stopped at any cost.

Only a young boy named Hogarth is brave enough to lead the Iron Giant to a safe home. And only Hogarth knows where to turn when a space-bat as big as Australia, hungry for every living thing on Earth, darkens the sky. 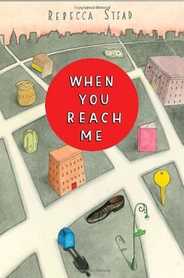 When You Reach Me
By: Rebecca Stead
​
By sixth grade, Miranda and her best friend, Sal, know how to navigate their New York City neighborhood. They know where it’s safe to go, like the local grocery store, and they know whom to avoid, like the crazy guy on the corner.

But things start to unravel. Sal gets punched by a new kid for what seems like no reason, and he shuts Miranda out of his life. The apartment key that Miranda’s mom keeps hidden for emergencies is stolen. And then Miranda finds a mysterious note scrawled on a tiny slip of paper:

I am coming to save your friend’s life, and my own.
I must ask two favors. First, you must write me a letter.

The notes keep coming, and Miranda slowly realizes that whoever is leaving them knows all about her, including things that have not even happened yet. Each message brings her closer to believing that only she can prevent a tragic death. Until the final note makes her think she’s too late.
Blast Off with Out of this World Books from these Reading Lists!
Powered by