Fairies, mysterious worlds, & brave adventures are all the rage in our Middle Grade fantasy collection!  Make sure to check out these titles available at the library and you'll be sure to go on a fantastic adventure of your own!
Looking for more adventures in Fairyland?  Check out the rest of the books in the series! 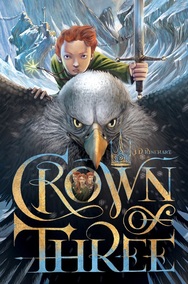 Crown of Three
​By: J.D. Rinehart

Family secrets combine with fantasy in this epic tale of battle, magic, strange creatures, power, and fate—a Game of Thrones for a younger audience.

Toronia, a kingdom composed of three realms, is wracked with civil war. King Brutan rules with an iron fist. Cruelty and suffering abound. The kingdom’s only hope comes in the form of Brutan’s illegitimate triplets, prophesied to kill the king and rule together in peace. But the road to the throne is long and bloody. Separated at birth and scattered throughout the realms, the triplets face a desperate fight to secure their destiny. Will they survive long enough to rule? 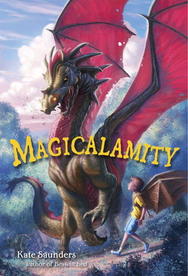 Tom is in shock. He's just discovered that his dad is an escaped fairy on the run. And that he must trust his life to three dangerous fairy godmothers he's never met. Two of them are hardened criminals, and one falls out of the window when she tries to fly . . .

Will their mad magic be enough to help Tom rescue his dad from the clutches of some killer fairies? 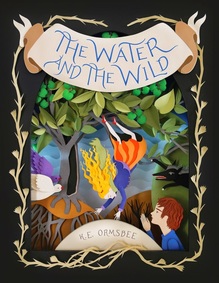 The Water and the Wild
By: K. E. Ormsbee

A green apple tree grows in the heart of Thirsby Square, and tangled up in its magical roots is the story of Lottie Fiske. For as long as Lottie can remember, the only people who seem to care about her are her best friend, Eliot, and the mysterious letter writer who sends her birthday gifts. But now strange things are happening on the island Lottie calls home, and Eliot's getting sicker, with a disease the doctors have given up trying to cure. Lottie is helpless, useless, powerless—until a door opens in the apple tree. Follow Lottie down through the roots to another world in pursuit of the impossible: a cure for the incurable, a use for the useless, and protection against the pain of loss.
Continue to fall into fantasy with these booklists!
Powered by