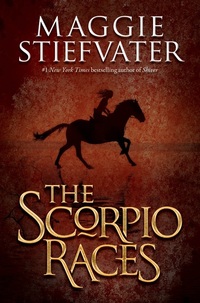 ​The Scorpio Races
By: Maggie Stiefvater

Some race to win. Others race to survive.

It happens at the start of every November: the Scorpio Races. Riders attempt to keep hold of their water horses long enough to make it to the finish line.  Some riders live.  Others die.  At age nineteen, Sean Kendrick is the returning champion. He is a young man of few words, and if he has any fears, he keeps them buried deep, where no one else can see them.  Kate “Puck” Connolly is different. She never meant to ride in the Scorpio Races. But fate hasn't given her much of a choice. So she enters the competition - the first girl ever to do so. She is in no way prepared for what is going to happen.

Once again, Stiefvater takes readers to the utter breaking point, where both love and life meet their greatest obstacles, and only the strong of heart can survive.  Blending Celtic mythology into her narrative, it is not only the story that is beautiful, but her characters as well.  Puck’s conviction and dedication to saving her family is admirable and the courage necessary to compete in the races speaks volumes of Puck’s character, making her an empowering and inspirational role model for women everywhere.  Additionally, the depiction of the brutality capable of these water horses is not only haunting but necessary in creating the truly mythic atmosphere that Stiefvater was able to accomplish. 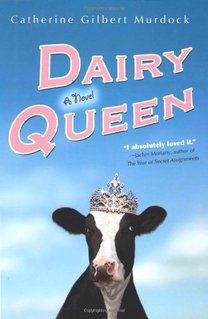 Harsh words indeed, from Brian Nelson of all people. But, D. J. can’t help admitting, maybe he’s right.Stuff like why her best friend, Amber, isn’t so friendly anymore. Or why her little brother, Curtis, never opens his mouth. Why her mom has two jobs and a big secret. Why her college-football-star brothers won’t even call home. Why her dad would go ballistic if she tried out for the high school football team herself. And why Brian is so, so out of her league.Welcome to the summer that fifteen-year-old D. J. Schwenk of Red Bend, Wisconsin, learns to talk, and ends up having an awful lot of stuff to say.

D.J. is not your traditional heroine.  She never claims to be smart but rather her intelligence lies in the running of her family’s dairy farm and skill on the football field.  While D.J. may be more apt to stay silent, her role as narrator in Murdock’s story is spot on.  She is self-deprecating, hard-working, honest, and remarkably relatable.  Every reader will see a bit of themselves in D.J. making this story not only significant, but compelling as well.  There are also plenty of laugh out loud moments as well!
Continue with D.J.'s story in the next two books of The Dairy Queen trilogy! 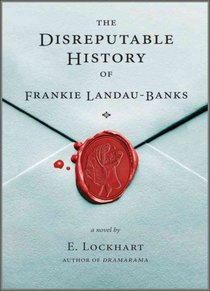 The Disreputable History of Frankie Landau Banks
By: E. Lockhart

Frankie Landau-Banks has gone from geeky to gorgeous over the course of the summer, and she can hardly believe it when handsomely geeky and popular senior Matthew Livingston, suddenly seems interested. But being Matthew's girlfriend comes with a few strings that Frankie wasn’t expecting.  In a crowd of upperclassman, Frankie feels uncertain navigating the complicated politics of his social circle, and uneasy with the antics of his friends, which often seem to exclude her. Worst of all, she senses that he's not letting her all the way into his life--that, because she is a girl, he will never see her as an equal.  Then Frankie discovers that Matthew is a member of the school's exclusive--and male-only--secret society. At first she only spies on them out of curiosity. But as her desire to prove herself every bit as capable as Matthew's male conspirators grows, she finds herself getting wrapped up in the society's business of sneaking and pranking, without any of the boys suspecting a thing.  As Frank delves deeper into her scheme

Equal parts funny and social commentary, this book certainly falls into the realm of a spectacular coming-of-age story.  While rules are, undoubtedly, being broken left and right, it’s not about that.  Nor is it about controlling others. It's about daring: daring to be yourself, daring to stand up for yourself, daring to step outside of your comfort zone, daring to change the world.  I think we could all learn a thing or two from the delightful antics of criminal mastermind, Frankie Landau Banks. 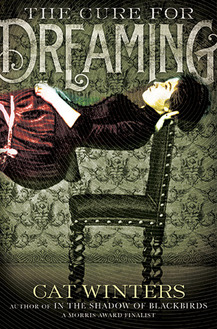 ​The Cure for Dreaming
By: Cat Winters

Olivia Mead is a headstrong, independent girl—a suffragist—in an age that prefers its females to be docile. It’s 1900 in Oregon, and Olivia’s father, concerned that she’s headed for trouble, convinces a stage mesmerist to try to hypnotize the rebellion out of her. But the hypnotist, an intriguing young man named Henri Reverie, gives her a terrible gift instead: she’s able to see people’s true natures, manifesting as visions of darkness and goodness, while also unable to speak her true thoughts out loud. These supernatural challenges only make Olivia more determined to speak her mind, and so she’s drawn into a dangerous relationship with the hypnotist and his mysterious motives, all while secretly fighting for the rights of women.

This excellent mix of fact and fiction provides a vivid portrait of the Women’s Suffrage Movement alongside a compelling supernatural tale.  Olivia is determined in her pursuit in not only understanding her new gift but also in her convictions for women’s rights.  Interspersed with archival photos and art from the period, Winters does an exceptional job of breathing new life into history and creating an atmosphere that is equal parts haunting and fascinating. 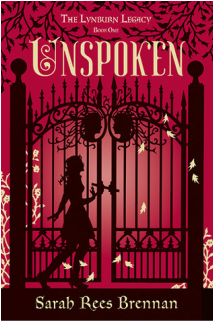 Kami Glass is in love with someone she's never met—a boy she's talked to in her head since she was born. This has made her an outsider in the sleepy English town of Sorry-in-the-Vale, but she has learned ways to turn that to her advantage. Her life seems to be in order, until disturbing events begin to occur. There has been screaming in the woods and the manor overlooking the town has lit up for the first time in 10 years. . . . The Lynburn family, who ruled the town a generation ago and who all left without warning, have returned. Now Kami can see that the town she has known and loved all her life is hiding a multitude of secrets—and a murderer. The key to it all just might be the boy in her head. The boy she thought was imaginary is real, and definitely and deliciously dangerous.

Kami is like no protagonist out there, she’s smart, sassy, and says exactly what’s on her mind.  Her journalist instincts make her not only inquisitive but willing to take risks to find the truth.  In addition to these qualities she’s also fiercely loyal to her family and friends making her a fascinating character and someone readers root for without hesitation.  In a story filled with magic, danger, and deception, Kami manages to maintain a voice that is equal parts intelligent and hilarious, creating a page turner that readers will enjoy throughout the entire series.
Read more of Kami's story in the next two books in The Lynburn Legacy trilogy!
Check out these biographies about some amazing women both past and present!
Powered by