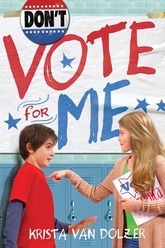 Don’t Vote for Me
By: Krista Van Dolzer

Popular Veronica Pritchard-Pratt is once again running for school president uncontested. Band geek David is tired of Veronica winning the election every year. While, he didn’t plan on running against Veronica himself, David is pressured to enter the race after comments he made about Veronica’s unchallenged reign run through the school like wildfire. David finds himself reluctantly signing up. David and Veronica have been invited to sing a duet together for the spring recital. While working so closely together David gets a chance at understanding Veronica and her struggles in life more clearly. David and Veronica forge an unlikely bond during the election, but there can only be one winner. Will David beat his social “Goliath” or will Veronica maintain her position as class president, yet again? 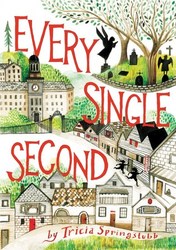 Every Single Second
By: Tricia Springstubb

Like the changing of the seasons, change can arise too quickly and without notice. That’s how 12-year-old Nella feels. Nella’s best friend is overly concerned how she’s going to spend the extra “leap second” that is going to be added onto the calendar, she is barely talking to her “secret sister” Angela, and her private school will be closing, forcing her into the big public school. Nella’s life is thrown into a whirlwind when Angela’s idolized older brother, Anthony, kills an African American man while attempting to help a family. One second has changed the lives of Anthony’s family and the family of the man. As racism attempts to divide the community and Nella learns about old family secrets she must decide if she will stand up or sit down during the conflict. Through these trials Nella learns that some circumstances require a closer look and that every second matters. 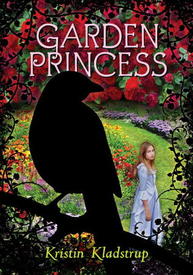 ​Princess Adela’s great-great-great grandfather had declared an end to magic, but with  the sight of Lady Hortensia’s garden Princess Adela must figure out what Lady Hortensia has done to make her garden so beautiful. A mystery that includes missing children and a talking magpie will encircle Princess Adela as she works to uncover the meaning behind Lady Hortensia blooming garden.
Jump into Spring with these great booklists!
Powered by