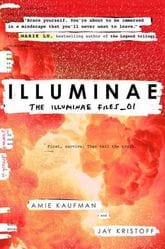 The year is 2575, and two rival megacorporations are at war over a planet that’s little more than an ice-covered speck at the edge of the universe. Too bad nobody thought to warn the people living on it. With enemy fire raining down on them, Kady and Ezra—who are barely even talking to each other—are forced to fight their way onto an evacuating fleet, with an enemy warship in hot pursuit.  But their problems are just getting started. A deadly plague has broken out and is mutating, with terrifying results; the fleet's AI, which should be protecting them, may actually be their enemy; and nobody in charge will say what’s really going on. As Kady hacks into a tangled web of data to find the truth, it's clear only one person can help her bring it all to light: the ex-boyfriend she swore she'd never speak to again (from goodreads.com)

This is by far one of the coolest and prettiest books I’ve ever read.  Told through a collection of hacked documents such as e-mails, military files, medical reports, and IMs as well as through intricate word art, this book not only keeps you on the edge of your seat but it does so in a truly fascinating and fun way. 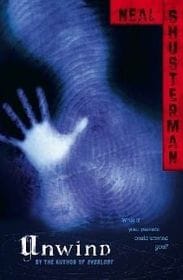 Connor, Risa, and Lev are running for their lives.
The Second Civil War was fought over reproductive rights. The chilling resolution: Life is inviolable from the moment of conception until age thirteen. Between the ages of thirteen and eighteen, however, parents can have their child "unwound," whereby all of the child's organs are transplanted into different donors, so life doesn't technically end. Connor is too difficult for his parents to control. Risa, a ward of the state is not enough to be kept alive. And Lev is a tithe, a child conceived and raised to be unwound. Together, they may have a chance to escape and to survive (from goodreads.com)

This is probably one of the BEST sci-fi/dystopian series I’ve ever read.  It touches on so many different topics – technology, social rights, politics, human dynamics and more! – in a way that is compelling, thoughtful and accessible to teen readers.  Additionally, it’s so action packed that it will keep you turning those pages too!
Did you love Unwind?  Make sure to read the rest of the books in the Unwind Dystology! 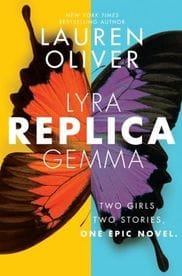 Lyra’s story begins in the Haven Institute, a building tucked away on a private island off the coast of Florida that from a distance looks serene and even beautiful. But up close the locked doors, military guards, and biohazard suits tell a different story. In truth, Haven is a clandestine research facility where thousands of replicas, or human models, are born, raised, and observed. When a surprise attack is launched on Haven, two of its young experimental subjects—Lyra, or 24, and the boy known only as 72—manage to escape.

Gemma has been in and out of hospitals for as long as she can remember. A lonely teen, her life is circumscribed by home, school, and her best friend, April. But after she is nearly abducted by a stranger claiming to know her, Gemma starts to investigate her family’s past and discovers her father’s mysterious connection to the secretive Haven research facility. Hungry for answers, she travels to Florida, only to stumble upon two replicas and a completely new set of questions. (from amazon.com)

This is a pretty cool book - Replica is a “flip book,” meaning, it contains two narratives in one.  Turn the book one way and read Lyra’s story; turn the book over and read Gemma’s story. The stories can be read separately, one after the other, or in alternating chapters (I recommend alternating chapters).  In addition to this cool feature, the story itself is pretty compelling and teen readers will appreciate both Lyra AND Gemma’s stories as they narrate from the same space but from two totally different perspectives.
Watch below as Epic Reads explains just how cool Replica​ is! 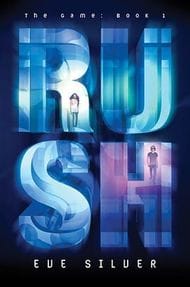 Miki Jones's carefully controlled life spins into chaos after she's run down in the street, left broken and bloody. She wakes up fully healed in a place called the lobby - pulled from her life, through time and space into some kind of game in which she and a team of other teens are sent on missions to eliminate the Drau, terrifying and beautiful alien creatures.  There are no practice runs, no training, and no way out. Every moment of the game is kill or be killed, and Miki has only the questionable guidance of Jackson Tate, the team's alluring and secretive leader. He evades her questions, holds himself aloof from the others, and claims it's every player for himself. But when he puts himself at risk to watch Miki's back, he leaves her both frustrated and fascinated. Jackson says the game isn't really a game, that what Miki and her new teammates do now determines their survival. And the survival of every other person on the planet. She laughs. He doesn't. And then the game takes a deadly and terrifying turn (from goodreads.com)

This is the quintessential book for every video-gamer out there – because that’s EXACTLY what it feels like while reading.  It is super fast paced and it almost feels like an adrenaline rush as these teens battle aliens (yep, I said battle aliens!) in order to save themselves and the planet.  Additionally, Miki is a strong female heroine and it’s always refreshing to read books with super, kick-butt, lady heroes!
See what happens next in the next two installments of The Game trilogy! 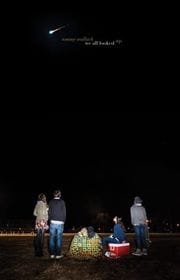 We All Looked Up
By: Tommy Wallach

Before the asteroid we let ourselves be defined by labels: The athlete, the outcast, the slacker, the overachiever. But then we all looked up and everything changed.  They said it would be here in two months. That gave us two months to leave our labels behind. Two months to become something bigger than what we'd been, something that would last even after the end.  Two months to really live. (from amazon.com)

This is an extraordinary book about people.  While there is a definite sci-fi element to this one, it’s mostly about the teen characters themselves and what they do when time suddenly becomes limited.  Do they shed the labels they’ve become comfortable with OR do they become the people they never knew they could be?  Regardless of your opinions of the sci-fi genre, Wallach’s debut is incredibly thoughtful and provides an excellent opportunity for discussion.  It is also a novel that every reader can enjoy, will tug at your heartstrings (so you may want to grab some tissues) and have you laughing out loud. 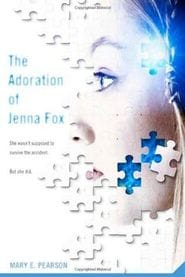 Who is Jenna Fox? Seventeen-year-old Jenna has been told that is her name. She has just awoken from a coma, they tell her, and she is still recovering from a terrible accident in which she was involved a year ago. But what happened before that? Jenna doesn't remember her life. Or does she? And are the memories really hers? (from goodreads.com)

This book is definitely Mary Pearson at her finest.  Examining questions of bio-medical ethics and the nature of humanity, teens will have the opportunity to form their own opinions through these vivid and well-drawn characters and through a story that is so thoughtfully written it will inspire discussion.  A definite must read for every avid sci-fi reader AND for those just getting introduced to the genre.
See what the future holds for Jenna in final two books of the Jenna Fox Chronicles! 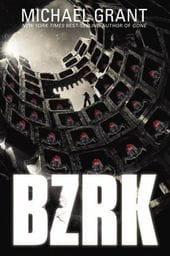 Set in the near future, BZRK is the story of a war for control of the human mind.  Charles and Benjamin Armstrong, conjoined twins and owners of the Armstrong Fancy Gifts Corporation, have a goal:  to turn the world into their vision of utopia.  No wars, no conflict, no hunger.  And no free will.  Opposing them is a guerrilla group of teens, code name BZRK, who are fighting to protect the right to be messed up, to be human.  This is no ordinary war, though.  Weapons are deployed on the nano-level. The battleground is the human brain.  And there are no stalemates here:  It’s victory . . . or madness.  BZRK unfolds with hurricane force around core themes of conspiracy and mystery, insanity and changing realities, engagement and empowerment, and the larger impact of personal choice. Which side would you choose?  How far would you go to win? (from goodreads.com)

The technology in this book is some of the coolest that I’ve ever read.  I mean nanobots?!?  Come on!!!  In addition to this, as the war battles on in the nano-level, Michael Grant does an extraordinary job of making readers feel like they are right in the middle of all the action.  This is definitely a book that will have readers eager for the next volume.
Go BZRK with the next books in the trilogy!
Make sure to check out these Sci-Fi Manga, Graphic Novel & Non-Fic titles!
Blast Off with Out of this World Books from these Reading Lists!
Powered by