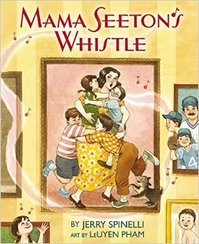 Mama Seeton calls her boy Skippy in for dinner, but he doesn’t come!  So she decides to whistle for him . . . and it works!  So, every night until all of her children are grown and moved away, Mama Seeton’s whistle calls her family home.  But they do grow up and move away, until just Mama and Papa are left in their big lonely house.  Mama Seeton is sad and Papa tries to cheer her up.  Maybe, he says, if Mama whistles again it will make her feel better.  Mama doesn’t think so but she tries anyway.  And something miraculous happens.

The illustrations by LeUyen Pham for this sweet story are special all by themselves.  They chronicle not only the Seeton family, but the eras through which they live, in minute detail.  Make sure to read the author/illustrator notes at the end of this book for some back story and insight into the writing/illustration process. 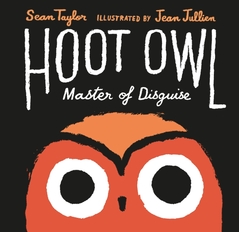 In this story a cute little owl with a big flair for the dramatic takes us with him on his nightly hunt for dinner.  He’s a stealthy and “master”-ful disguise artist (as the title warns!) even though often, his disguises don’t quite seem to work.  But the great thing about this Hoot Owl is his work ethic!  He just will not give up!
​Filled with adorable illustrations and fancy wordplay, this one is a must read! 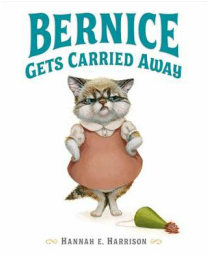 Bernice Gets Carried Away
By: Hannah E. Harrison

Bernice is having a bad day.  Nothing seems to be going her way at the Birthday party.  No flower on her piece of cake.  Warm pop!  And the piñata broke before she even had a turn!  So she’s not taking any chances with the balloons and grabs them all!  But there are too many and she floats away into the sky!  On her trip up she meets some other cranky friends.  Hmm, maybe sharing will make everyone happy?

​Bernice is the most adorable blue-eyed kitty in 2015’s whole crop of picture books.  You can’t help but feel for her.  If you are working on sharing at your house, Bernice’s story is a great story for you!  Bernice herself learns that sharing can make LOTS of people happy and that’s way more fun than having a grumpy day! 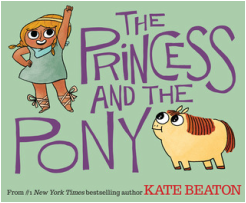 The Princess and the Pony
By: Kate Beaton

Princess Pinecone has always wanted to be a warrior.  Her birthday is coming so she decides to ask for a fierce pony – the kind warriors have!  But . . . her parents don’t get it quite right and she gets this. . . Isn’t he cute??? 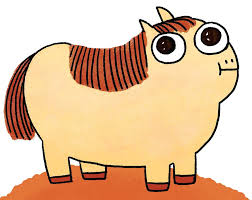 ​Pinecone decides to work with what she’s got begins training her no-quite-fierce-but-awfullly-cute pony to compete in the Great Battle.  Will Pinecone be victorious?  Rea d and find out!

​Obviously the Pony is the star of this show.  He might be the cutest pony I’ve ever seen.  The other illustrations offer almost equal cuteness and add humorous detail to the story!  Also, everyone loves a good underdog story, right?
Powered by