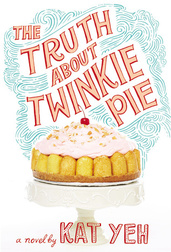 The Truth About Twinkie Pie
By: Kat Yeh

Take two sisters making it on their own: brainy twelve-year-old GiGi and junior-high-dropout-turned-hairstylist DiDi. Add a million dollars in prize money from a national cooking contest and a move from the trailer parks of South Carolina to the North Shore of Long Island. Mix in a fancy new school, new friends and enemies, a first crush, and a generous sprinkling of family secrets.

That's the recipe for The Truth About Twinkie Pie, a voice-driven middle-grade debut about the true meaning of family and friendship. 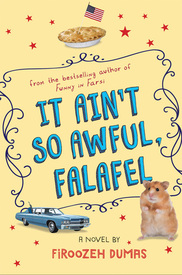 It Ain’t So Awful Falafel
By: Firoozeh Dumas

Zomorod (Cindy) Yousefzadeh is the new kid on the block . . . for the fourth time. California’s Newport Beach is her family’s latest perch, and she’s determined to shuck her brainy loner persona and start afresh with a new Brady Bunch name—Cindy. It’s the late 1970s, and fitting in becomes more difficult as Iran makes U.S. headlines with protests, revolution, and finally the taking of American hostages. Even mood rings and puka shell necklaces can't distract Cindy from the anti-Iran sentiments that creep way too close to home. A poignant yet lighthearted middle grade debut from the author of the best-selling Funny in Farsi.
Hear the story behind the story directly from the author who lived it! 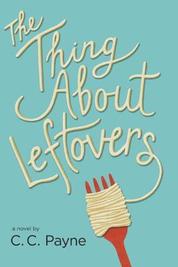 ​The Thing About Leftovers
By: C.C. Payne

Fizzy is a good Southern girl who just wants to be perfect. And win the Southern Living cook-off. The being perfect part is hard though, since her parents’ divorced and everything in her life has changed. Wary of her too-perfect stepmom and her mom’s neat-freak, dismissive boyfriend, she’s often angry or upset and feels like a guest in both homes. She tells herself to face facts: She’s a “leftover” kid from a marriage that her parents want to forget. But she has to keep all of that to herself, because a good Southern girl never yells, or throws fits, or says anything that might hurt other people’s feelings—instead she throws her shoulders back, says yes ma’am, and tries to do better. So Fizzy tries her best, but it’s hard to stay quiet when her family keeps getting more complicated. Fortunately, the Southern Living cook-off gives her a welcome distraction, as do her new friends Miyoko and Zach, who have parent issues of their own.

With the poignancy and humor of Joan Bauer and Lynda Mullaly Hunt, this poignant story reminds readers that they have a right to a voice, that it is okay to say how you feel, and that some leftovers are absolutely delicious!
Find more delicious surprises with these booklists!
Powered by