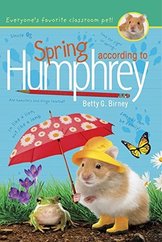 To Humphrey and the students at Longfellow School, spring seems impossibly late this year. Fortunately, planning a school Family Fun Night keeps the students (and classroom pets) busy as they look for signs of the changing seasons.

**So good TWO librarians recommended it!** 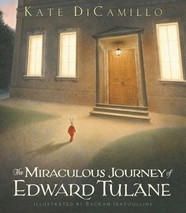 ​​The Miraculous Journey of Edward Tulane
By: Kate DiCamillo

Edward Tulane, a cold-hearted and proud toy rabbit, loves only himself until he is separated from the little girl who adores him and travels across the country, acquiring new owners and listening to their hopes, dreams, and histories. 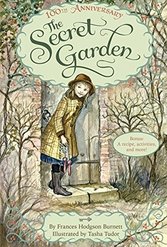 Mary Lennox is sent from an India as an orphan to live at Misselthwaite Manor. She arrives as a sour-faced, sickly and ill-tempered little madam but becomes friends with local lad Dickon and her poorly cousin Colin. In their restoration of a secret garden all their lives are changed for the better. 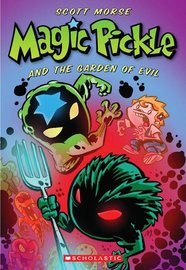 Something rotten has taken root! When Jo Jo Wigman and her classmates plant their new class garden, they're expecting rows and rows of plump, juicy fruits and vegetables.But what they unearth is a pretty rotten bunch! That gnarly old lettuce head, The Romaine Gladiator, rises from the garden patch with dastardly plans to reunite the Brotherhood of Evil Produce! Can the Magic Pickle make a knuckle sandwich out of those notorious no-good veggies before their seeds of destruction destroy the world? 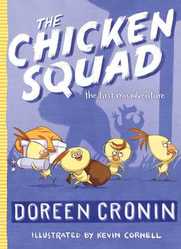 They might be chicks, but they sure aren’t chicken, and they’re on a mission. And on this, their first (mis)adventure “in this delightful spinoff of the J.J. Tully series” (Kirkus Reviews), the Chicken Squad launches a galactic backyard expedition.

Meet the Chicken Squad: Dirt, Sugar, Poppy, and Sweetie. These chicks are not your typical barnyard puffs of fluff, and they are not about to spend their days pecking chicken feed and chasing bugs. No sir, they’re too busy solving mysteries and fighting crime.

So when Squirrel comes barreling into the chicken coop, the chicks know they’re about to get a case. But with his poor knowledge of shapes (“Big” is not a shape, Squirrel!) and utter fear of whatever it is that’s out there, the panicky Squirrel is NO HELP. Good thing these chicks are professionals.

But even professionals get worried. Especially once they see that round, shiny, green, BIG thing in the yard. What if it’s a UFO full of aliens who want chickens as pets, or worse, dinner? It’s up to the Chicken Squad to crack a case that just might be out of this world.
Jump into Spring with these great booklists!
Powered by