Are you in a reading slump?
Looking for a great new series?
Need a few superhero reads to add to your reading logs this summer?
Then check out these great Middle Grade titles available at the library! 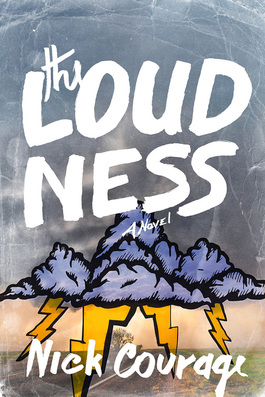 ﻿The Loudness﻿
By: Nick Courage

Since the Tragedies, Henry Long doesn't have much: just an annoying low-watt buzz from his makeshift heart transplant, skinny arms, and a dusty library attic from which he charts the reconstruction of the Green Zone, the last habitable neighborhood of his ruined coastal city. While his parents work on making the Green Zone independent from a federal government that appears to have abandoned them, Henry's feels similarly abandoned—that is, until he discovers a refugee artists' colony called the Other Side. When the federales don't take kindly to the Green Zone's attempts at secession and kidnap Henry's parents, Henry and his new renegade friends—including one very courageous girl with whom he’s shared one truly shocking kiss—are forced from the colorful streets and underground rock clubs of the Other Side to an overcrowded capital city on the verge of collapse.  As Henry uncovers more about the conflicting forces that run his world, he realizes that not everyone is who they seem to be—including himself.

This debut novel from Nick Courage, has all of the pieces that create a truly epic read.  It's fast paced, has a slew of compelling characters, a plot that will definitely keep you on your toes, and an inspiring message that you don't need super powers to be a super hero.  The ending is open-ended and could lead to a sequel that I would most definitely pick up. 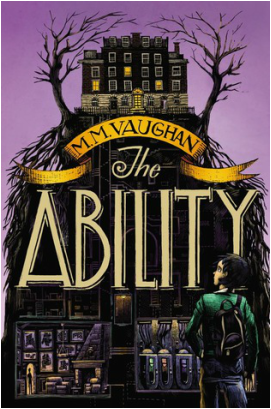 No one has any confidence in twelve-year-old Christopher Lane. His teachers discount him as a liar and a thief, and his mom doesn’t have the energy to deal with him. But a mysterious visit from the Ministry of Education indicates that Chris might have some potential after all: He is invited to attend the prestigious Myers Holt Academy.  When Christopher begins at his new school, he is astounded at what he can do. It seems that age twelve is a special time for the human brain, which is capable of remarkable feats—as also evidenced by Chris’s peers Ernest and Mortimer Genver, who, at the direction of their vengeful and manipulative mother, are testing the boundaries of the human mind.  But all this experimentation has consequences, and Chris soon finds himself forced to face them—or his new life will be over before it can begin.

A clever twist to the typical spy novel, Vaughn has created a likable character in Christopher Lane, who readers will easily root for as he discovers the consequences of his new ability.  With not one but three will drawn super villain characters, readers can look forward to a sequel.
Looking for more great Middle Grade reads?
Check out these Graphic Novels and Non-fiction Titles!